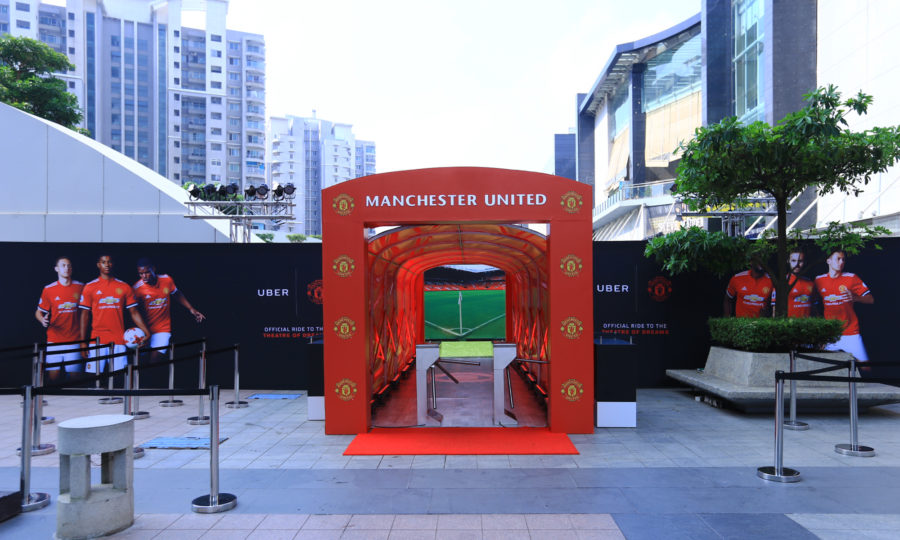 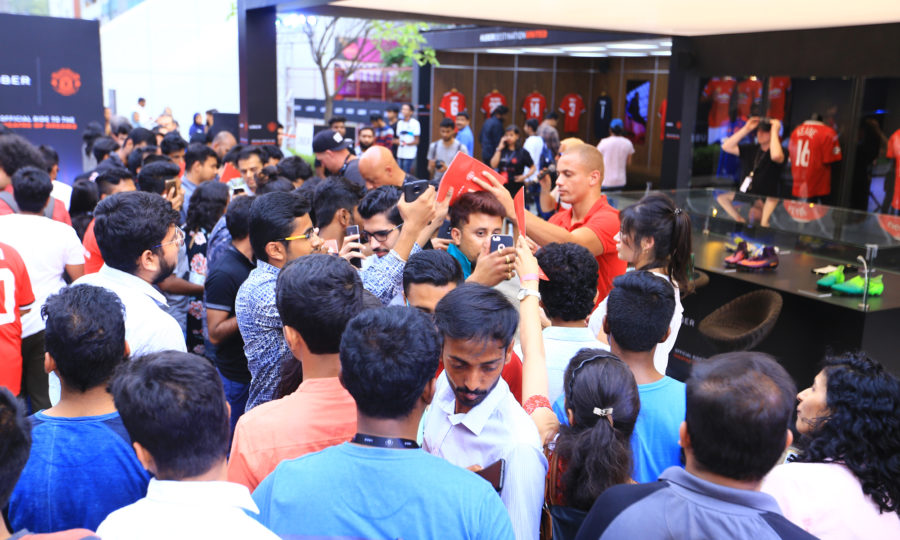 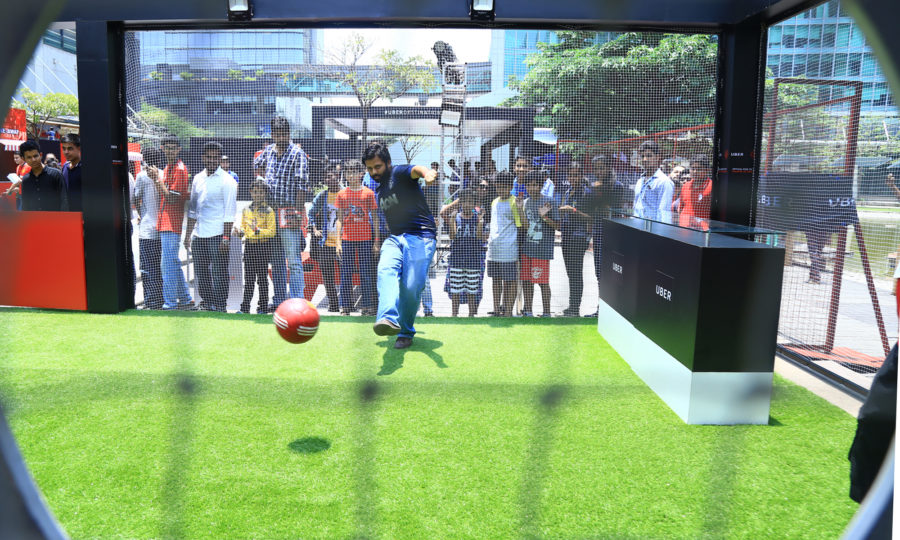 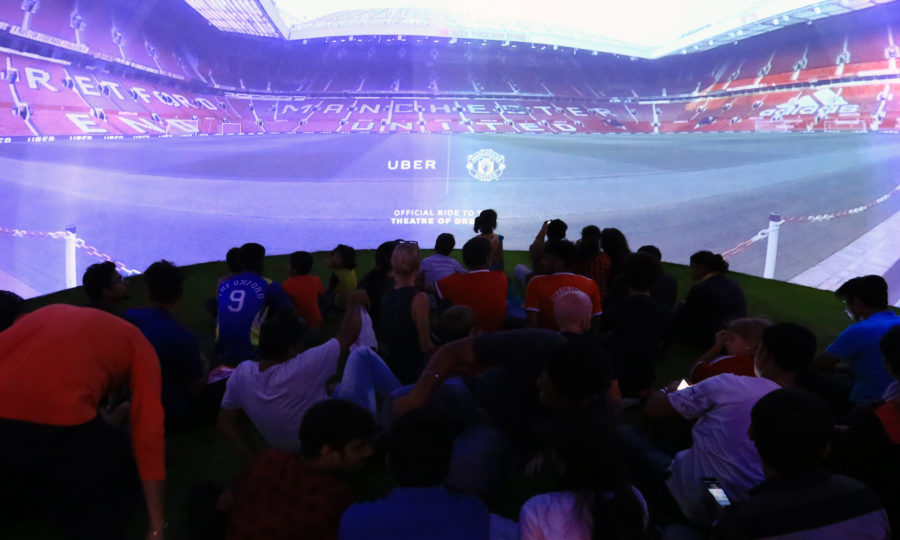 Uber transports the Theatre of Dreams to Manchester United fans in India, collapsing the distance between the fans and the club by bringing them closer to the team they so passionately support. Uber created an immersive 360 experience pod and fan areas with players’ tunnel, first team changing room and stadium’s museum to give the fans an essence of the Old Trafford.

James Kirkham, head of Copa90 said: „This makes every other current football sponsorship in the world feel small and outdated.“ Manchester United’s group managing director, Richard Arnold said: „Through Destination United, Uber has come up with some really creative ways in which they can connect with our fans worldwide.“ Our service included: Project Management, venue screening, fabrication, graphic production, onsite coordination, catering and logistics.

Previous ProjectPD&O wins the Tirolissimo
Next ProjectHannover Messe
We use cookies to ensure that we give you the best experience on our website. If you continue to use this site we will assume that you are happy with it.Ok